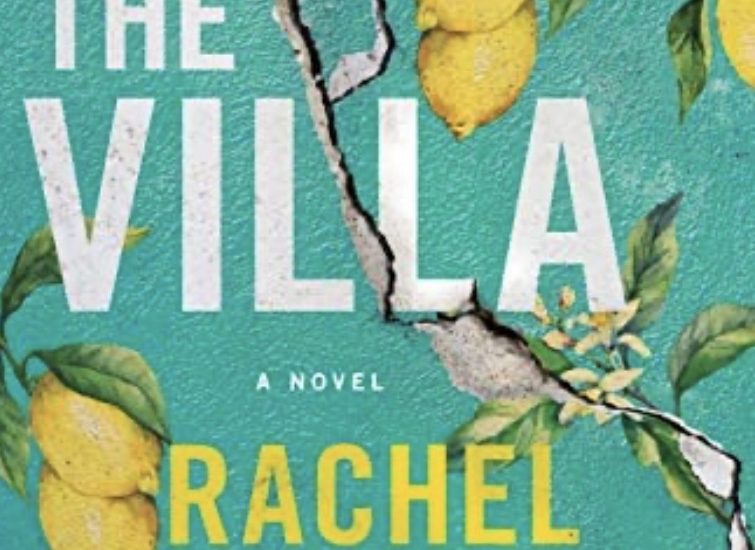 That is how The Villa opens. Once you read about Villa Aestas, you’ll have no doubts!

Emily and Chess’s lifelong friendship is feeling the strain of their stressful and diverging lives. Fresh from a divorce, Emily jumps at the chance for an Italian getaway with her friend. Six weeks in the a high-end villa, with nothing to do but sip wine, write the next book in her series, and spend quality time with her best friend is exactly what Emily needs. Even the villa’s notorious history doesn’t dissuade them.

In 1974, Villa Aestas—formerly known as Villa Rosato—was the sight of a gruesome murder. Two of the surviving members of that event, sisters, went on to write one of the most epic horror novels and write and perform a beloved album.

At the Villa, Emily finds herself more and more intrigued by the murder and searches the house for clues. But as she gets closer to the mystery, the strain between Emily and Chess grows more intense and before the summer is over, another murder may take place.

The Villa is told in alternating POV, going from Emily’s experience and that of Mari, one of the sisters from the 1970’s.

Throughout the book are sections of Lilith Rising, the horror novel inspired by that early murder, quotes from biographies about the event, and lyrics from the album that came about after that murderous summer.

The Villa is definitely a slow-building thriller. It’s dark, and the intensity of the relationships slowly grab hold of you as you read until you can actually feel the tension between the characters.

The characters aren’t necessarily sympathetic, but I could definitely appreciate why they made decisions they did and how they ended up in the relationships they were in. Let’s face it, life is messy and Hawkins didn’t try to create perfect characters. They are real, they’re raw, they’re driven by impulse, and they are most definitely their own worst enemies…well, except in a few instances!

The Villa is a very engaging read, very dark and ominous, and although it may be controversial…I loved the ending!

*I received a copy of The Villa from St. Martin’s Press and NetGalley in exchange for an honest review*