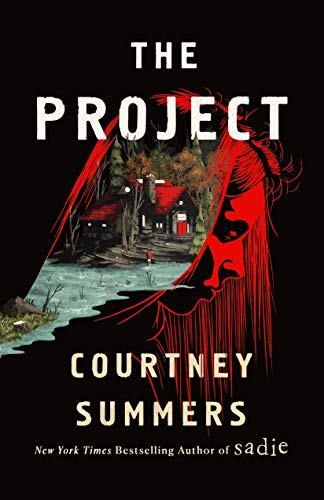 Courtney Summers has done it again. She is undeniably the queen of raw, gritty, dark contemporary YA. In The Project, Summers introduces us to sisters Bea and Lo Denham.

After a car accident claimed their parents and left Lo hospitalized, Bea was drawn into the comforting embrace of The Unity Project. At the head of The Unity Project is the enigmatic Lev, a man who many believe is the walking embodiment of God. Drawn to Lev and all he offers, Bea makes the ultimate sacrifice and says goodbye to her life and her little sister.

Years later, a grown up Lo is still trying to contact Bea only to be blocked by members of the project at every turn. But suddenly Lev changes course and offers Lo unprecedented access to the project and its members. This is the opportunity Lo has hoped for, not only as a means of finding her sister, but as a way to advance at her job at a magazine.

But in the world behind the shiny veneer of The Unity Project are mysterious deaths, unexplained disappearances, and a following so loyal to its leader that Lo begins to doubt her own perception. Is The Unity Project a dangerous cult or an enlightened community dedicated to service? And does anyone ever really leave the project?

The Project is an enthralling, engaging thriller that pulls you into its dark, mysterious depths and doesn’t let go until the very end. Told from the alternating perspectives of Lo and Bea, Summers has a haunting voice and unique narrative style that kept me engaged the entire time. Courtney Summers has quickly become one of those authors that never disappoints me and whose books I’ll buy without question.

The Project will be available everywhere on 2/2/21

*I received a copy of The Project from NetGalley and St. Martins Press in exchange for an honest review*