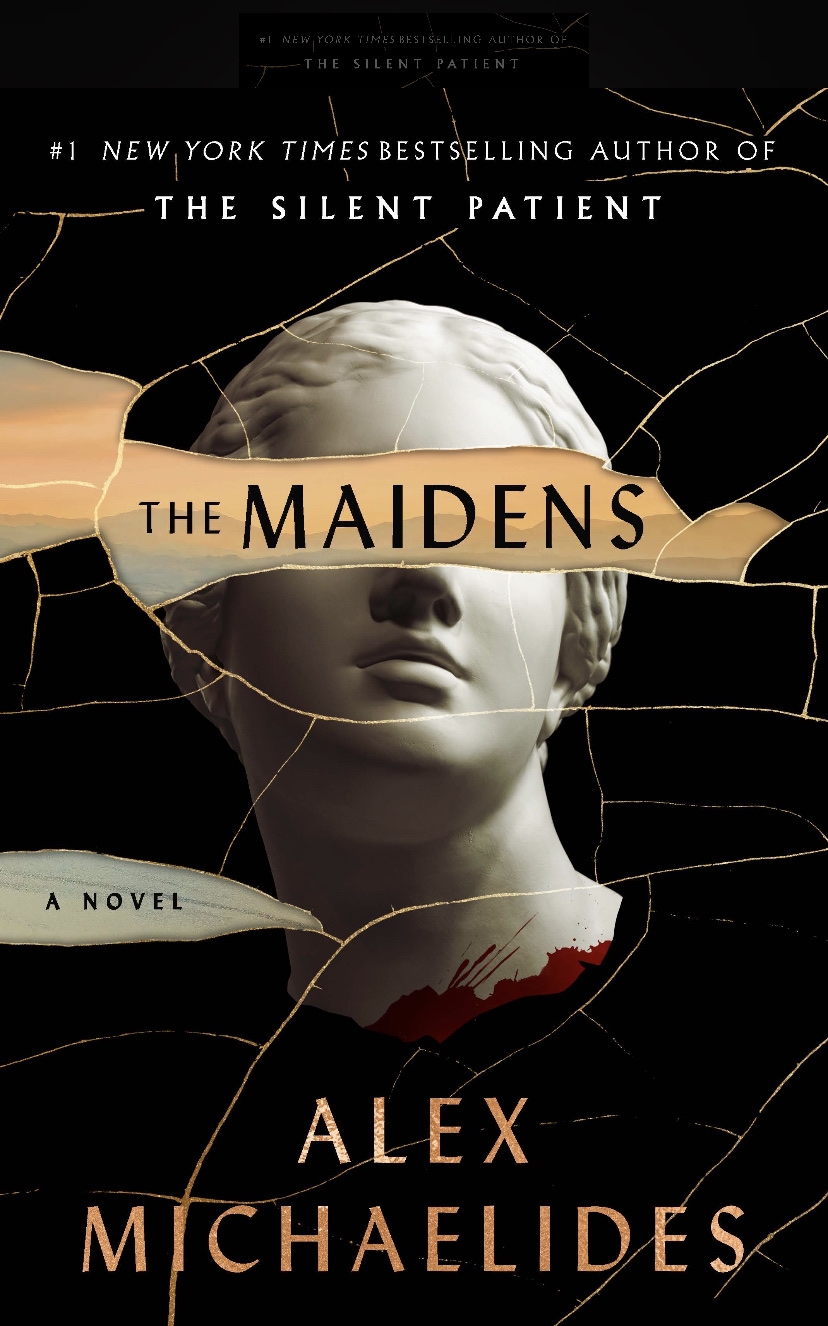 I was a huge fan of The Silent Patient so when I saw The Maidens was available for an ARC I jumped at the chance, and I wasn’t disappointed.

Mariana Andros is a group therapist in the middle of personal turmoil. She’s recently lost the love of her life and she’s doing her very best to persevere while tending to the needs of her group therapy participants, including one who is getting a bit too demanding of her time while ignoring her boundaries.

One night she gets a frantic phone call from her niece Zoe. A body has been found at her university, and Zoe is convinced it’s her missing friend. Mariana jumps a train to Cambridge, her alma mater and the place she met her husband. In a place awash with painful memories, Mariana is introduced to the personable and popular Greek Tragedy professor Edward Fosca. But more troubling than the eerie feelings she has about Edward is the secret society of female students he leads called The Maidens. Soon, Mariana is convinced that Edward murdered Zoe’s friend—and the second girl who turns up dead—another Maiden. But there are so many secrets on the campus that it’s difficult for Mariana to truly figure out who would want those students dead and why.

Alex Michaelides has done a great job of weaving together a mind-bending whodunit with complex family and social dynamics plus an intriguing blend of Greek mythology. I was hooked from the beginning and although I wasn’t as shocked at the end as I was with The Silent Patient, I was left feeling like this was a satisfying turn of events. The pacing is quick, the storyline intense, and the characters intriguing. Also—there’s a brief homage to The Silent Patient which I loved.

I received an ARC audiobook of The Maidens. The performance was well done and perfectly engaging, matching the tone and pace of the storyline. I highly recommend The Maidens be it the printed format or the audio.