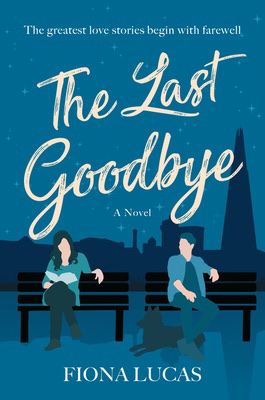 Nearly three years ago Anna’s life was shattered when her husband Spencer was killed in a tragic accident. Anna has spent every day since then wrapped in the numb embrace of her grief. On New Years Eve while in the depths of despair, Anna dials Spencer’s phone number, desperate to hear his voice on his message. Instead, as Anna sobs and proclaims “I love you,” she hears another voice. “I beg your pardon?”

Brody has a new number, Spencer’s, and is surprised by the voice on the other end of the line. But these two strangers discover they have more in common than they would have imagined.

Soon, they are talking regularly, supporting each other as they deal with their own losses and their aftermath.

The Last Goodbye is an achingly poignant story about love, loss, and finding your way back when everything in you refuses to go on.

Fiona Lucas has done a stellar job in balancing the grief and growth of both Anna and Brody. The storyline is engaging and the resolution completely satisfying.

I received an audiobook copy of The Last Goodbye for my review. The performance was well-done and sustained the voice of the characters while perfectly reflecting the mood of the story throughout.

Thank you to NetGalley and Harper Audio for the chance to review this book.

*I received an ARC of The Last Goodbye from NetGalley and Harper Audio in exchange for an honest review.*