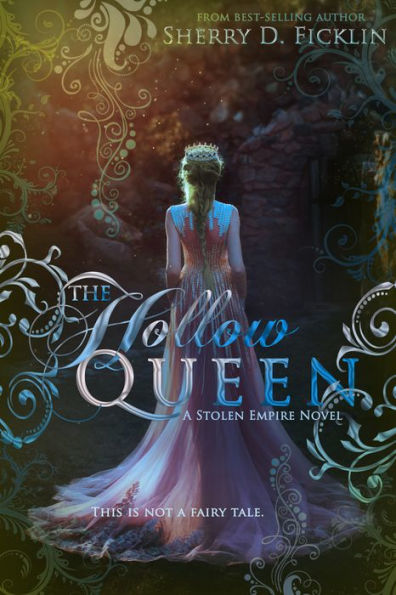 Sherry Ficklin continues to thrust us directly into the turbulent machinations of the life in the Romanov Court.

The Hollow Queen is the latest novel in the Stolen Empire series and it does not disappoint. We were introduced to Elizabeth in the novella Winter Queen (link to Winter Queen review) and now, we join Elizabeth as she travels deep into the perilous world of Russian royalty.

With her fiancé and mother both dead, Elizabeth—daughter of Peter the Great—is returned to court in St. Petersburg where she’s been stripped of her title, lands and jewels—all of which now belong to her nephew, Peter the second. Elizabeth understands the peril she faces, her mother has just been assassinated, there is no Romanov heir after her nephew, and there are many—including Prince Menshikov—who would prefer to use the crown of Russia toward their own benefit.

Elizabeth vows to support the reign of Peter, and thereby the Romanov line. But although he’s entitled to the throne by blood, it’s Elizabeth who truly understands how to rule. As her affections for the new Tzar grow, so does the danger to them both. Will Elizabeth be able to overcome the threats from both within and without her country? And will she continuously have to sacrifice her own desires and happiness for the sake of her family’s rule?

Once again the story is steeped so deep in political intrigue, danger and desire that I just couldn’t set the book aside. This is truly one of my favorite series to get lost in and can’t wait for more.

The Hollow Queen is available September 28, 2019 preorder now on Amazon or Barnes & Noble

**I received a complimentary copy of The Hollow Queen from the author in exchange for an honest review.