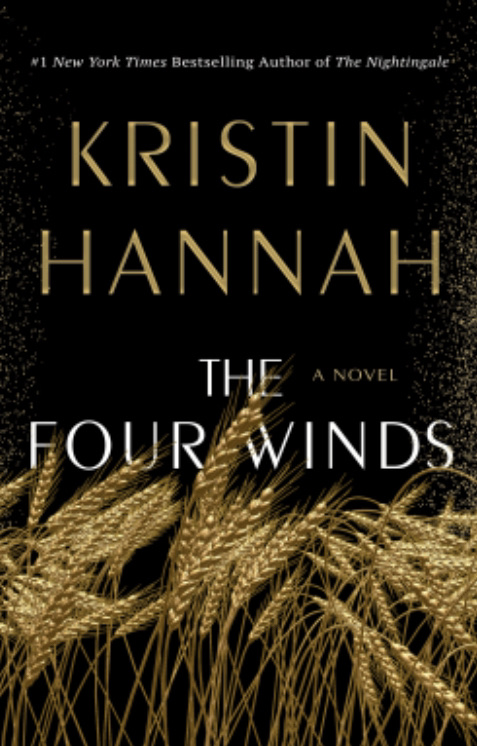 Kristin Hannah is one of those authors who always manages to pull me directly into her stories in a quick manner.  She is a master at world building and setting a tone. In The Four Winds she hooked me on page one.

The Four Winds opens with Elsa, a formerly ill girl who has grown into an entirely unexceptional woman. On the cusp of her twenty-fifth birthday she is now solidly destined for spinsterhood. But, despite her rigid upbringing and judgmental parents, Elsa does have a streak of strength far below her submissive demeanor. One daring decision is all it takes to set her on a path that will both challenge her and show her true resiliency.

The Four Winds is a story set against the great depression and the dustbowl migration when poverty spread across America and people were forced to make hard choices in an effort to survive. Elsa finds a new life on the farm of her husband’s family. But when the drought and failing crops force them to follow a promise of a better life, she discovers that California isn’t the escape she’d hoped for. Despite every adversity, Elsa proves herself stronger than the sickly little girl her parents saw in her. She’s got a ferocious will to live and will face any horror and suffer any injustice to survive and secure a better future for her children.

Kristin Hannah has done another magnificent job of setting the scene and reaching out to grasp every emotion in your body. Every one of her books leaves me an emotional wreck and The Four Winds is no different. While Hannah does a great job of capturing the essence of the setting and time period, there’s a slow build in the story line as we travel with Elsa from her parent’s home to the farm and through the drought. Despite the slower build, it’s a fantastic and emotional journey. This is perhaps the bleakest of her books, simply because it’s a true reflection of what people endured during this era. What a great story about resilience, love and hope though.

*I received a copy of The Four Winds from Netgalley and St. Martin’s Press in exchange for an honest review*