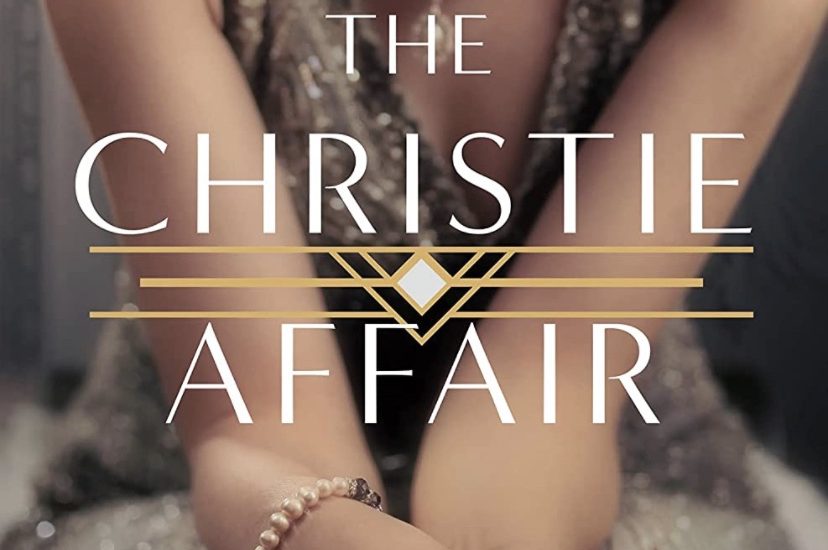 The premise of The Christie Affair is loosely tied to the very sensational events of 1926 when mystery author Agatha Christie disappeared for eleven day after finding out that her husband was having an affair. The burb reads: Nina de Gramont’s The Christie Affair is a beguiling novel of star-crossed lovers, heartbreak, revenge, and murder—and a brilliant re-imagination of one of the most talked-about unsolved mysteries of the twentieth century.

I was thrilled to receive an ARC of the audiobook of The Christie Affair because of my love for historical fiction and that tantalizing mystery surrounding Christie’s disappearance during those days. The audiobook performance was good. The narrator captured the unique voices of each character and told the story in an engaging way.

I’m a little conflicted about the storyline itself. The Christie Affair didn’t so much focus on Agatha Christie and her activities during the time she was missing. The primary focus was on Archie Christie’s mistress (here she is Nan O’Dea), her past, and her activities during the same time. While Agatha Christie’s POV is included, she seems much more like a secondary character, and not a very engaging or sympathetic one. The story of Nan O’Dea is interesting and heartbreaking—one that could have held up to her own novel. Tying her so closely to Agatha Christie’s disappearance has weakened the strength of both women’s stories in my opinion.

Also, the author has woven an Agatha Christie-esque murder mystery into this storyline. That in itself was a good tale, but only if you aren’t going into this book thinking its focus is on imagining Agatha Christie’s motivation for disappearing and delving into her emotions about this time period. This seems to be far more fiction than history and seems to be two completely separate novels forced into one. The overall effect is fine, it’s an entertaining novel, but not as strongly focused on the selling point (Agatha Christie’s disappearance) as I’d hoped.

The Christie Affair will be available 2/1/22.