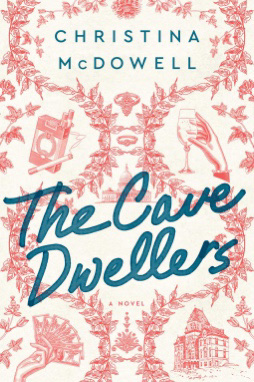 In DC there are a small number of families who live an ultra-exclusive existence. They’re from aristocratic, wealthy, and exclusive bloodlines and they only socialize within their own circle. But the world is changing as they’re forced to learn, when a family in their circle is held hostage and brutally murdered while the rest sleep.  The Cave Dwellers by Christina McDowell explores this exclusive society through the viewpoint of several generations. The adults have grown up with this wealth and privilege. For most, it’s been handed down through generations, though a few have been lucky enough to find their way in. Their children—though also handed the privilege of being on the inside—enjoy the financial freedom of their family status, but yearn for something more, only to find they are bound by the constraints of their families.

The Cave Dwellers explores how privilege can both benefit a person’s life and also impact their ability to fully comprehend the lives of others. Sadly, I didn’t finish the book feeling like there were any magnificent revelations. The novel really reads like a sterile exploration of just how wealthy some people can be, describing clothing brands, cars, design aesthetics, etc. The one thing I really didn’t come away with at any point was an emotional attachment to any of the characters, even the murder was presented in an anesthetized manner.

The Cave Dwellers is an interesting tour of the 1% lifestyle, but I was hoping for a more substantial story arc that would restore my optimism for humanity.