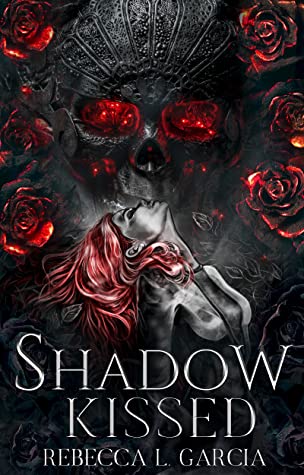 Nineteen-year-old Olivia is an empath and sorceress. She’s the daughter of a prominent sorceress who is a member of the Guild—a group dedicated to protecting mortals from the threat of vampires. But, when one of their own betrays the Guild, Olivia is lucky to survive the attack. Pulled from certain death by Sebastian—a fairly bad-tempered vampire with his own agenda—Olivia soon finds herself ensnared by an increasingly complicated plan which may not even be what she really wants. Together, Olivia and Sebastian travel to Sanmorte, a land ripe with vampires and the humans who live amongst them. Brought to the very cusp of the realm of the vampire king Olivia confronts far more threats than she ever imagined.

Shadow Kissed is a dark and delightful mix of urban and dark paranormal fantasy with a slow-burn romance that’ll keep you turning pages until late into the night. The best news: you don’t have to wait until the April release date to get your copy. Shadow Kissed was released early and is available now!