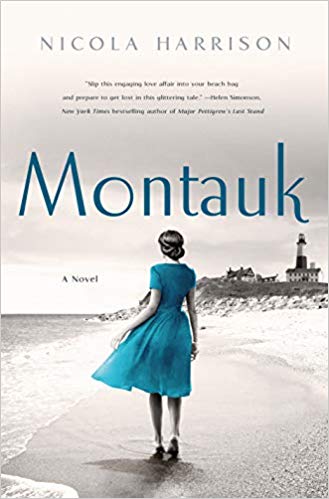 It’s 1938 and for Beatrice Bordeaux the opportunity to spend the summer in Montauk seems like just what she needs to reignite the passion that’s missing in her marriage. The Manor—an  up-and-coming vacation getaway for the wealthy—promises leisure, sport, and the opportunity for networking.

But Beatrice’s husband is becoming more distant and spends more time in the city than working on their marriage. After five years, Beatrice is still longing for a child, but pregnancy seems far less likely as her husband’s affections are directed elsewhere.

With her modest upbringing, Bea finds herself growing less comfortable with the society ladies and spends time with the locals, including the handsome man who runs the lighthouse.

Now Bea finds herself on the precipice of two worlds, tottering between the world she committed to, and the one she longs for. Will Bea get to make a choice between them before fate intervenes?

Montauk is a descriptive historical novel that explores a woman—as well as a country—on the verge of great change. Author Nicola Harrison has effectively shown the struggle with women’s roles, family life, and class inequality. The setting is vividly depicted and you can imagine yourself sitting on the beach or at the yacht club listening as conversations take place. While the opening may have felt a bit slow to me, I was effectively caught up in the story as it progressed to a somewhat surprising conclusion.

Montauk is a satisfying read that’ll transport you to this sleepy summer town on the cusp of notoriety.

*I received a copy of Montauk from NetGalley and St. Martin’s Press in exchange for an honest review.

No comments yet
Montauk by Nicola Harrison