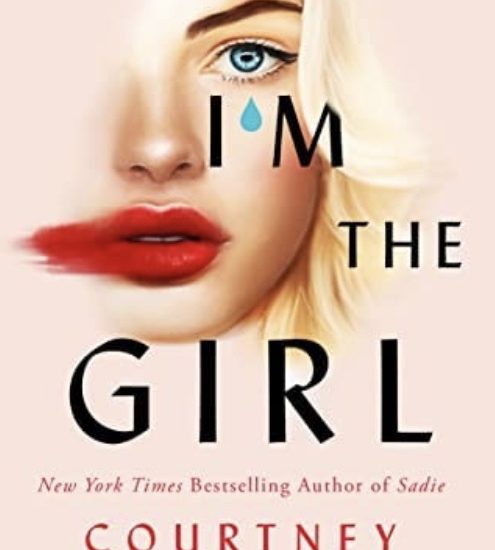 Confession: I’ve never read a Courtney Summers book that I didn’t fan girl over. When I caught my first glance of I’m The Girl, I knew I had to have her…I mean it. After reading it, I have to say that my record with Courtney Summers remains unchallenged.

Aspera! It’s a lure, a promise, a curse. Aspera is a private retreat for the ultra-wealthy who are in search of privacy and a discreet place they can indulge in their most secret pursuits. For the locals though, Aspera is an opportunity to earn a good wage—especially for those elite chosen to be Aspera girls.

Georgia is drawn to Aspera despite her mother’s bad experience as a housekeeper there. One day, feeling the pull of Aspera, Georgia finds herself walking through a field toward the resort and comes across the body of thirteen-year-old Ashley James. The young girl was brutally raped and killed. Before Georgia can do anything, she’s hit by a car—was it the murderer?—and is left with injuries and large gaps in her memory. Soon she finds herself under the scrutiny of Ashley James’s sister and father (the local law enforcement) who both want answers about what she saw and who may have been responsible for the murder.

George also finds herself taken under the wing of Chloe and Matthew Hayes—the owners of Aspera. With a new job at Aspera, and new relationships that she never imagined, Georgia finds it harder to determine is a friend and who is a threat.

Courtney Summers has done it again. I’m The Girl is one of those dark, sad, soul-wrenching stories that you can’t put down. The pace is fast, and the danger palpable on every page. You’ll be suspicions of every character until the final, very satisfying, reveal.