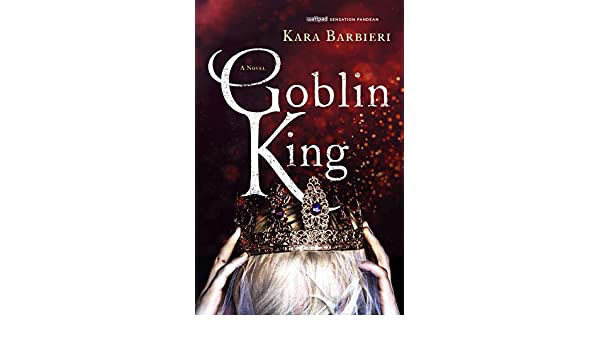 Ya’ll, White Stag has a sequel, and it’s just as engrossing as it’s predecessor.

Now, to be honest, I did have some things I wish had been better in White Stag (world building & some of the dialogue) but I found Goblin King (Permafrost #2) to be even stronger.

The hunt for the white stag is over and Soren is the new Erlking. With her world falling apart, Janneke must now balance her powers, the voice of Lydian in her head, and her role as the Stag against a chance to save it all. But how can she put her trauma behind her when she has to set out on a new mission? She’ll have to journey to Hel to free Lydian—yes, Lydian—and then to Ragnarock.

In Goblin King Janneke is dealing with a lot of trauma and this girl just keeps going. She’s a fierce, solid character and I just can’t help but adore her. The entire book has a dark, angry, exhausted tone, which can make it hard to be in that world, but is also a perfect fit for the storyline.

Goblin King incorporates a blend of Norse and fae mythology which, when combined with an epic adventure and intense action make for a decent literary escape.

Oh, and there’s more to this adventure…stay tuned for book 3.

*I received a copy of Goblin King from St. Martin’s Press and NetGalley in exchange for an honest review*