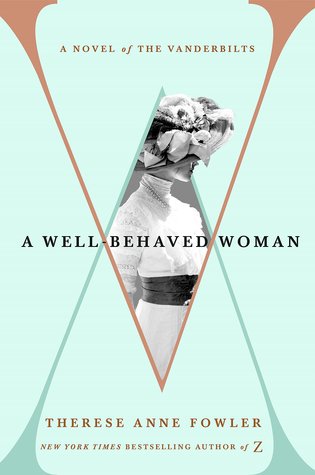 In the Gilded Age you needed two things to get (or stay) ahead in society: money and an established family lineage. A person simply did get by with one or the other.

William Vanderbilt and his family are ripe with “new money” but find that the “respectable” social circles of New York City aren’t open to new money. Alva Smith has the necessary lineage to maintain a respectable position in society, but her father’s finances are running out and her family is desperate for salvation. In marrying, Alva and William provide each other with that which they most desperately need, and the result lives in infamy through tales of the Vanderbilts, and the wealthy impact they left behind.

Alva Smith Vanderbilt pushed the norms with regards to being a “well-behaved” wife of a wealthy man. Not content to sit back and hand out money, or to smile and nod at the ideas of men, she became actively involved in charities and issues that mattered to her, and contributed her own thoughts and ideas as to Vanderbilt activities.

While she was perhaps a bit of a radical in her opinions and activities, she was also a woman moored by the social norms of the times, and that can be a bit tough to read. At times I wanted to scream at Alva, “Who cares about that old hag Astor. Do your own thing, girl!” But ultimately, I appreciated the vivid detail of the writing and I think that my discomfort with the women’s behavior is a result of a genuine representation of what life was like for women during this time.

In A Well-Behaved Woman, author Therese Anne Fowler, provides an indulgent trip through the glitz and glamour of the Guilded Age. If you’re looking for a strong social statement about the accumulation of wealth to the detriment of the working class, or the psychological damage that accompanies ambition, this isn’t it. But, if you’re looking to be swept up in a tale about a strong female during the rise of one of America’s most infamous families, and to get lost in a vivid portrayal of this sparkling moment in history, then this is the perfect choice.