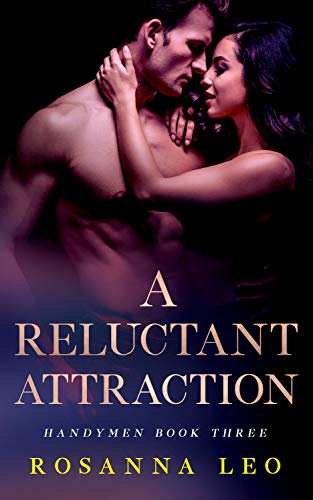 Nick is the youngest of the Zorn brothers and deck specialist on their home improvement series The Handymen. But now his brothers are settling into married life and would rather keep working at their contracting business than expand the show. After one more joint project as The Handymen, Nick’s going out to travel with his own show.

Claire is a widow running the cat sanctuary her husband was passionate about. But with repairs piling up, she can barely afford to make ends meet much less make all the improvements Haven needs to stay in business.

When Claire’s friend submits Haven’s information to the show, The Handymen show up to repair the sanctuary as their last project together. Nick is drawn to Claire, but a recent social media humiliation makes him reluctant to pursue a relationship with anyone and Claire is still haunted by the loss of her husband.

As much as they are drawn together physically, neither can seem to let go of their past in order to develop a true relationship. But as they get deeper into their “friends with benefits” relationship, they can’t deny that some of those benefits are becoming less physical and more emotional.

A Reluctant Attraction is part of a series (book 3 in The Handymen series) by Rosanna Leo but can easily be read as a standalone. It’s full of intense attraction, swoony romance, and hot, hot, hot sex scenes. I haven’t read the other two books in the series, but I have to get them now for sure! It’s an easy read, the characters are relatable, and did I mention it’s hot?

A Reluctant Attraction comes out 4/20/21, but you can preorder it now on Amazon.

You can find more books by Rosanna Leo on Amazon.

One Reply to “Book Review: A Reluctant Attraction by Rosanna Leo”