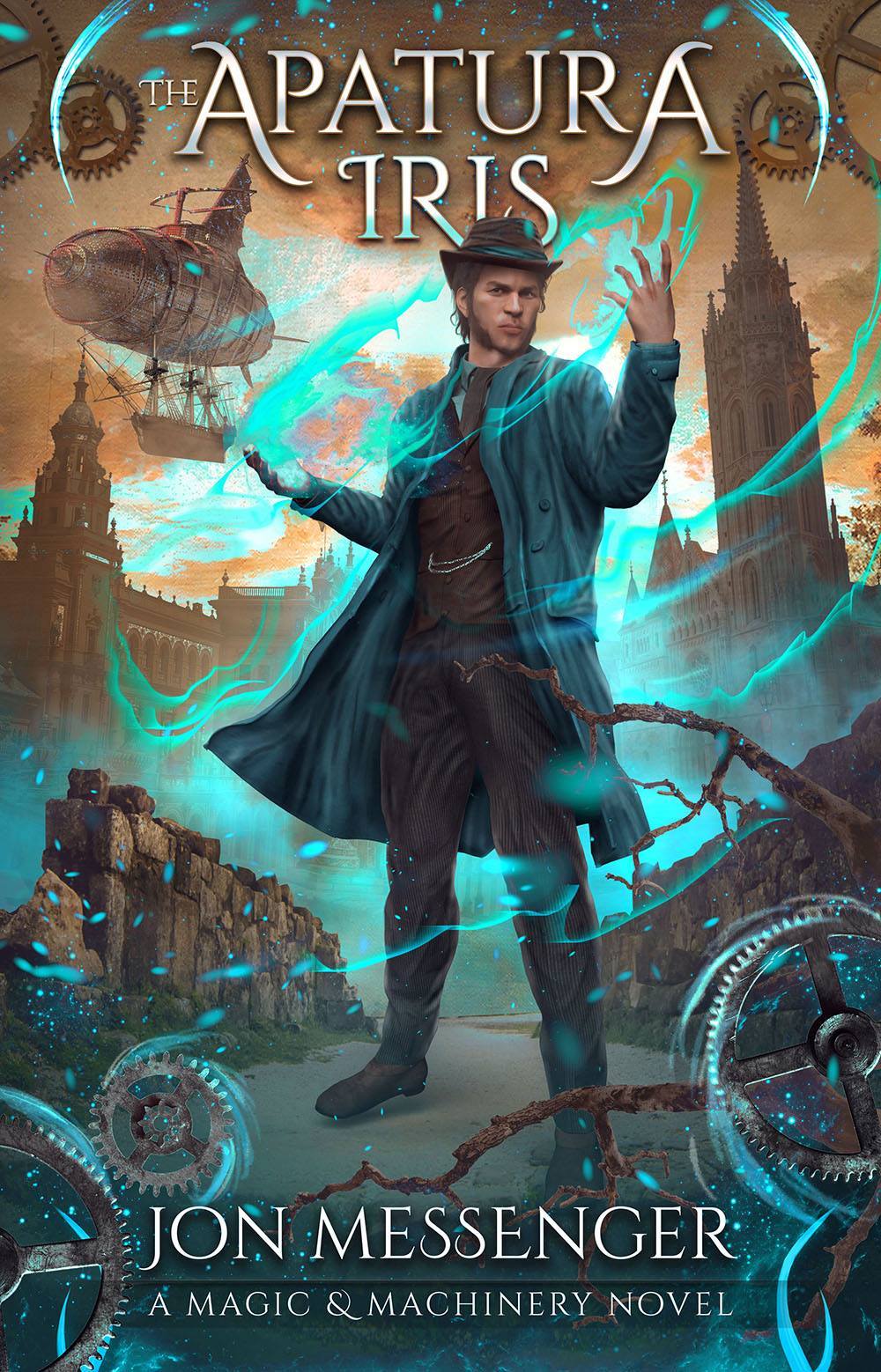 Magic is an abomination—one that has grown tired of being hunted.

The Inquisitors have hunted magical creatures for a dozen years, striking fear into the monsters that dare to escape the Rift. In the swamps in Northern Ocker, however, a new evil arises—one that’s not afraid of Inquisitors. One that’s hunting Inquisitors.

Still reeling from the pain of recent events, Simon is more than willing to walk into danger. But now he and Luthor must hunt this new evil into the very house of madness: The Sanitarium. And the madness seems to be catching…

Apatura Iris is the fourth book in the Magic and Machinery series by Jon Messenger.

HAVEN’T STARTED THIS SERIES YET?

If you’ve somehow missed hearing about the first three books in Messenger’s series, now’s the time to dive right into the first novel in the Magic & Machinery Series— Wolves of the Northern Rift! Not sure if this series is right for you? Fans are calling this series, “Sherlock Holmes meets Steampunk.”

Jon Messenger (Born 1979 in London, England) serves as an United States Army Major in the Medical Service Corps.  Since graduating from the University of Southern California in 2002, writing Science Fiction has remained his passion, a passion that has continued through two deployments to Iraq and a humanitarian relief mission to Haiti.  Jon wrote the “Brink of Distinction” trilogy, of which “Burden of Sisyphus” is the first book, while serving a 16-month deployment in Baghdad, Iraq.

Jon Messenger is the author of The World Aflame Series, The Brink of Distinction Series and The Magic & Machinery Series.