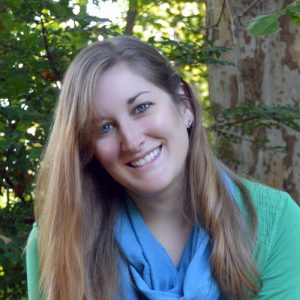 In high school, I spent quite a bit of time writing short stories, skits, or fan fiction. It wasn’t until about four years ago that I wrote my first book. It was a young adult fantasy about a group of teens that fought off nightmares in the dream world. I had a blast writing it and still love that world, but it didn’t go anywhere.

I think I’ve always knew this was what I wanted to do—I just didn’t know how to do it. I began with writing for newspapers, and it just wasn’t for me. When I finally got brave enough to attempt a book, I truly thought that all you had to do was write it, proofread it, then send it off to a publishing company and it’d be on shelves within a few months! I have certainly learned a lot on this journey! This is definitely what I want to do for the rest of my life.

You know, I truly don’t think I’d have kept going without my writing group. I met them a few years ago for Camp NaNoWriMo, and we became friends right away. They’ve always been the first to dive into my stories and help me work out the kinks. I’d also say the editors from Pitch to Publication/Revise and Resub have been invaluable to me. I am always learning from them, and they are some of the kindest people on earth!

Do you exclusively write historical fiction or have you written in other genres?

I always thought you had to pick a genre and stick to it. If that were the case, I’d be doomed! I began writing fantasy, then moved to historical fiction (UNANCHORED), dabbled in MG, and am currently polishing up a women’s fiction.

This is such a tough one for me to balance. I’ve got two kids—ages 5 and 7—and I’m a freelance editor for a couple different outlets. My work time generally only happens while the kids are at school or in bed, which can make for a choppy workday. Most days, my editing takes up the entire time my kids are in school, and my only writing time happens at the tail end of the day when I have no energy left. It really is hard to balance, but oftentimes I find that diving into my created worlds gives me the most energy. Granted, there are also days when I can’t stand to stare at another word on the computer screen and have to just curl up with a bowl of ice cream and some Seinfeld. And that’s OK too. I’m slowly, slowly learning to allow myself some down time when my brain has had enough.

My speed has significantly decreased over the years. I wrote UNANCHORED in about 40 days—but spent a couple years editing off and on prior to publication. For my women’s fiction (my latest work), I worked on it off and on for over a year.

I definitely need an outline to write. Before I can begin a new story, I have to have at least my main plot points listed and a few chapters planned out. Particularly with pirates in UNANCHORED, and being a historical fiction, I had a lot more research involved than anything else I’ve written. I bought several books on the Golden Age of Piracy (which is soooo fascinating!), watched movies and documentaries, and, of course, Pinterest-ed all the things. I generally find the research phase to be one of the most fun parts of the journey. There’s not as much pressure to get it done, you learn so much, and you get to immerse fully in a world that you wouldn’t normally dive into.

Hmmm. Well, I crush hard on my love interests to the point that I become a giggly mess. Finn in UNANCHORED is my favorite to date. I also have a ritual for finishing a draft or final edit: I grab a glass of wine, crank up “Whoomp (There It Is)” by Tag Team, and have a dance party of one.

I haven’t. But, oh, do I desperately want to! My husband and I keep saying that we’re going to head down to the Caribbean one of these days to hit up Barbados (which is the main setting in UNANCHORED’s sequel). I also desperately want to head up to Wales and Ireland and explore the coasts where my pirates have traveled. There are some trips where you get to sail on these old ships and they teach you the ropes of ship life. THAT WOULD BE AN AMAZING EXPERIENCE! It would be so much more fun than watching cheesy videos about it on You Tube. J

I think a lot of them grow steadily. Usually, I’ll start out with an idea for a character I can’t live without and develop the story around them. With UNANCHORED, I vividly remember lying in bed one night and seeing a girl pass a biscuit through the cell bars to a prisoner—someone she once hated but now wants to save. That scene made it all the way to the final draft and will always be one of my favorites!

I really don’t think I have a favorite anymore. If I had to pick, I’d say light fantasy.

Ooooooooh yes! My favorite thing is when someone very close to me reads the book and finds a little nugget I hid in there that someone I don’t know would never catch. My contemporary stories have a whole lot more of those than the historicals, but I’ve got them in both.

Not usually. There are definitely instances of that in some places, though. My heroines are generally made up of characteristics I wish I had more of. For example, in my women’s fiction, Josie is quick-witted and sarcastic and not afraid to voice it. I think those things but never vocalize them. I wish I could!

I don’t hear nearly enough about Ann Aguirre’s RAZORLAND TRILOGY. I couldn’t put those books down!

I really don’t know what I’d say for this one. Maybe bios by comedians? I thoroughly enjoyed (and laughed super hard!) when I read books by Jim Gaffigan, Betty White, Neil Patrick Harris, and Ellen DeGeneres.

Occasionally—just to see what pops up first. I know there’s a science to Google searches and the internet, but my mind can’t wrap around it!

That would be a cat. I have three of them in my house, and I fully support that they do completely nonsensical things at random, find their greatest joy in eating, and sleep 18 hours a day.

Where to even begin??? For one thing, I’m a slow reader. You’d think after all these years I’d get faster—nope. I also struggle a lot of with making plots work. I had to shelve a young adult contemporary that I just LOVED and worked really hard on, because no matter how many times I edited it, I could not get my readers to connect with my plot.

Become a critique partner for as many other new writers as you can. The art of critiquing is one of the best things you can do to grow your own abilities.

Calm down. I spend so much of my day freaking out about what people will think of my book. It’s such a vulnerable thing to have it out there for the world to read! It makes it hard to enjoy the dream-come-true aspect. But it’ll be OK—I think. J

I feel like I’m cheating a little bit on this one. I’m also a freelance book editor, so I get to work with other writers all the time. One of my favorite things is to participate in Revise and Resub where I get to know hundreds of authors through interacting on Twitter and offer feedback on a variety of levels. I love working with fellow writers. It’s so great to be able to cheer each other on toward shared goals! 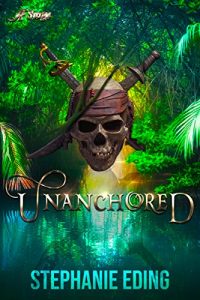 Cecily Hastings fails to escape her captor when he gambles her away in a game of dice. Now, instead of getting her first taste of freedom, she’s rotting in a cell on the Hellbound, a pirate ship under the command of Captain Finnigan Worley. Cecily, however, has no plans of sticking around with a captain known for his heartless deeds.

As soon as they make port, Cecily attempts to alert the Royal Navy. While trying to get away, she stumbles upon Captain Worley liberating people from a life of abuse and servitude, which makes her question everything she thought she knew about the infamous buccaneer.

Soon she’s recaptured and taken back to the ship, and Cecily vows to figure out the captain’s humanitarian angle. The more she learns, the more she believes in his benevolent mission. With the Royal Navy closing in, she must decide if she’s willing to fight beside Captain Worley or turn him over to the gallows for a chance at her own freedom.

Order your digital copy of Unanchored from Amazon