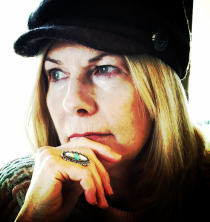 My first writing was free verse, but after all these years, I couldn’t tell you what I wrote about. I went on to write a novella (to be forever buried in a drawer!)

In the beginning, I wrote for my own enjoyment. Later I joined a writers’ group and discovered how much I needed to learn about the craft of writing. With the encouragement of other writers, I eventually worked to get my writing published.

Two gracious people were willing to look at my work and give me feedback. At that point, I took my writing seriously and became committed to learning everything I could about writing. Note: This is a lifelong process!

Do you exclusively write sci-fi/fantasy or have you written in other genres?

While I was working fulltime, I would write for an hour or so after work. Now that I’m retired, I don’t have those same time constraints, but I still need to push myself and keep a regular writing routine.

My rough draft usually takes four to six months. With historical fiction, the process can take a year to two years. Revisions, which includes my own editing and suggestions from critique groups, can take a year or longer.

I usually have a rough idea how the story starts and ends. I do a character study for the main character. One of the most important things is to determine what the MC wants most deeply and why they struggle to attain that desire. This should be an emotional drive (to discover their true worth, find the strength to forgive, etc.) vs. an outward need (such as a job, relationship, etc.) which can be a subplot in the story.

I don’t spin three times before sitting down to the computer, but I do like to have coffee or a cold drink at my desk. In the beginning, I used music to set the mood, but now I’ve been writing for so long that just putting fingertips to keyboard gets my brain activated!

My first novel came out of lone hiking trips in the San Juan Mountains. Twice I took a wrong turn—once my German shepherd led me back to the trail and on another trip, a friendly hiker steered me straight! After coming across old mining ruins, I was inspired to write my first book, Maggie’s Way: The Story of a Defiant Pioneer Woman, published by Western Reflections Publishing.
A few years ago, I traveled with my husband to Oklahoma and visited his grandparents’ homestead. After hearing family stories while we were there, I found one particular event kept coming back to me. Soon I was researching the Depression era in Oklahoma and the Comanche tribe of which my husband is a member. The result was Dry Run, Oklahoma, a 2018 Oklahoma Book Award finalist.

Usually a very small thing is the seed for my story, but it’s an event that sticks in my mind until I write about it. Jadeite’s Journey, my YA novel, came out of my concern for the trouble in the world. I imagined a “perfect” future society. Of course to make a good story, this world turns out to have its own set of problems.

My adult novel, Minnie’s Antique & Curiosity Shoppe, was inspired by a young woman who actually lived in the back of her antique store. The setting for my book is my hometown, which made for a lot of fun. The eccentric mother in the story—totally fictional!

Like my writing, I enjoy a variey of books from YA to adult, contemporary to classics.

I don’t intentionally hide things, but writers are definitely thieves. Like that old saying among writers—Watch out or you may turn up in one of my books. (Different names and faces of course!)

Consciously or unconsciously, I’m sure my characters are composites of people I’ve known.

I loved Bone Gap by Laura Ruby, a National Book Award finalist and a Printz Award winner. The book shows up occasionally on Instagram (bookstagrams, specifically) but for the most part, seems underappreciated. It’s a unique YA book with a great theme.

This winter, I read Les Miserable, a 900 page classic. I love the theme of redemption and fresh starts. The guilty part? I had to skim and skip the long passages about the French Revolution and other exceedingly long parts of French political history.

Occasionally, I check on the results of a book promotion.

I struggle with finding where to start the story. There’s always the temptation to give too much information too soon. The reader need to be “hooked” into the story more than they need to know the main character or anything leading up to the story. Start with conflict and an inciting event.

A healthy critique group is essential for growth. Each member should be committed to improving his/her own work. This includes studying the advice of professional writers from books and workshops, and a willingness to take suggestions. In a good critique group, everyone wants to see each other improve.

If a suggestion is made by two or more people, take serious note of that suggestion. There’s so much to learn about the art and craft of writing that the effort can be daunting. Perseverance is required—it’s hard work—but hang in there and never stop learning.

Prepare yourself to be disappointed with book sales. Promotion is grueling and building a following takes time. Learn everything you can about the business and pump other authors (hopefully gracious ones) about things you should be doing.

Without any financial compensation, I took on a new writer who wanted mentoring. She was so dedicated to learning she quickly grew in skill, became published, and now we critique each other’s work! I am so grateful for the writers in my life who were willing to share what they had learned that I try to pass it on. I encourage new writers to join writers’ groups and also find a critique group with members dedicated to helping each other in a kind, supportive manner.

Want to know more about Lucinda? 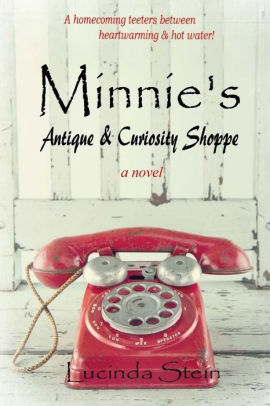 After growing up in the back of a secondhand store, Liza swore she’d never return home. But twenty-three-year-old Liza has lost all sense of direction after her divorce. Her mother, Minnie, a product of the hippie era, now resides in an antique store, her eccentricity known to all in the small Midwestern town. To Liza’s chagrin, she’s once again living in a store.

When a toddler is abandoned in Minnie’s shop, Liza takes in the child she calls Sweetie, hoping the young woman who left her will return. Liza soon finds her priorities change. She falls in love with the little girl and refuses to report Sweetie to the authorities. When the young woman who abandoned the child returns a year later, Liza’s force to make a decision—give up Sweetie or go the run. 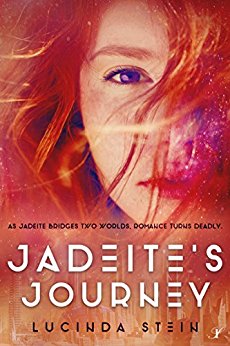 Jadeite’s perfect world comes crashing down on her. In the futuristic world of United Society, her only problem has been how to act around the cute boy on the air shuttle. But Jadeite’s world changes when she comes across a man who looks alarmingly like her father. Clones were declared illegal years ago. When she sees her father, a robotic engineer, headed to the Dark Edge of United Society, she follows him and uncovers her father’s secret life.

Jadeite shadows her father past the boundary of United Society and into a primitive world of canyons and high deserts. She learns her father is a Ridge Runner passing between the two worlds. Even more alarming, she discovers her younger brother, Malachite, is sick and requires medicine only available from over the Ridge. After her father is arrested, Jadeite takes his place in order to save her brother’s life.

But her world turns even more precarious after she breaks up with her obsessive boyfriend, Mattie. Jadeite soon learns his threats are more than words, and she finds her life is in jeopardy.

Buy Jadeite’s Journey from Amazon or from Barnes & Noble