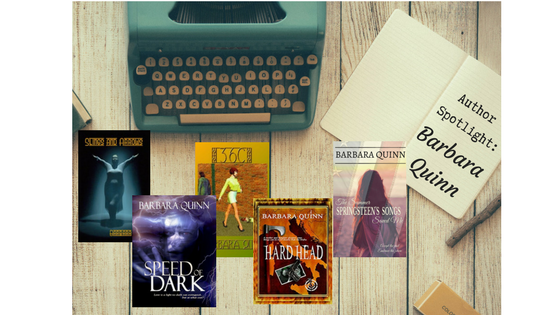 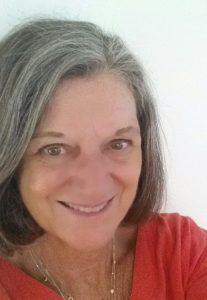 Author of: The Summer Springsteen’s Songs Saved Me (Lakewater Press)

I started writing early; at five or six years old. I remember my brother and I put plays on for my parents and the rest of the family. The first piece I wrote that was “produced” was for my Girl Scout Troop.

It was a “fractured fairy tale” in which Evil Red Riding Hood tormented the sensitive Big Wolf. It was a musical. I wrote the songs and directed too! Much polite parental applause made me feel wonderful.

I’ve never stopped writing. For a number of years I practiced law which paid the bills. I drafted laws and briefs and contracts but even then in the mornings I’d carve out a little time to work on a short story. I also worked for a few local papers covering trials and writing a legal column for laymen.

The author Noel Hynd encouraged me to keep at my writing. He discovered a piece I had written in a writing area I used to manage and we became friends. I learned to write the parts I know from him and not worry about the rest, and to up the emotional impact of my story.

Do you exclusively write contemporary women’s fiction or have you written in other genres?

It’s very hard for me to find time to write, but I do set aside time in the late afternoons to sit down and let out whatever it is that is pent up. I’m not working full-time any longer, but life and family do occupy a lot of time. As does procrastination.

A first draft usually takes me a year to complete, sometimes more. I can spend another year revising.

I do a lot of research as I hate to be inaccurate. I recently spent hours learning about hot air balloons. And for my Springsteen book I spent hours poring over his lyrics and listening to songs to find the right match to what my main character, Sofia, was experiencing.

I need quiet to write. And not much life chaos spinning in my brain to distract me. Once I start rolling, I lose track of time and place. I used to set an alarm when my son was in school so I’d remember to pick him up. I began using an alarm after I did once get lost in a writing fog and forget the time. I rushed to school to find him waiting alone outside his classroom. Never again!

One of my books, Hard Head, has a scene set at the Palio in Siena, a fascinating horse race around the town square filled with intrigue and pageantry.. They bring in dirt to cover the square to make a track. I devoured every article I could about this ancient race. After publication, I visited Siena and enjoyed walking around the square. I didn’t see the Palio as it’s held only twice a year, but I did get to imagine it right there.

For me inspiration is an amorphous fog that’s always with me and I never know what’s going to pop out or when. At some point everything starts to gel.  I can’t control it but I have to sit down and trust the process  can happen.

I tend to name characters after people who have helped me out along the way. I do try to make those characters nice ones and not kill them off!

For sure! I often reach back in time to my own childhood and to the advice given by my parents and grandparents. The grandfather in Hard Head is a blending of my father and my grandfather. They were from Calabria and the Calabrese who are known for their stubborness and hard heads, literally and figuratively ,are called Testa Dura, which translates as hard head. The Summer Springstgeen’s Songs Saved Me is a tribute to the healing power of Bruce Springsteen’s music and I’ve always been a Bruce fan. My book 36C is a story of a gal who sells lingerie. I did that for a summer job once.  And Speed of Dark opens with a scene of kids pedaling their bikes behind a DDT truck that’s spreading it’s poisonous gas to kill mosquitos. Amazingly, the kids in the neighborhood, incuding me, used to do that.

A Confederacy of Dunces. It’s the funniest novel. It’s received many awards,but I think it deserves more widespread acclaim.

Nope. Don’t have one. I’m a picky guilt-free reader.

Haw! I have a Google alert set for my name in case it’s ever mentioned. But there are other Barbara Quinns out there so I get more of those than about me!

The dolphin! I see them quite a lot in Florida and at the Jersey shore. Recently I took a boat ride with a dog that knew where to find them and manatees. It was  fascinating and magical to see the interaction of these different caring and protective species.

I wish I were more productive. I work very slowly.

Persist. This is a marathon, not a sprint.

For many years I published an online literary ezine called The Rose and Thorn. It was staffed by volunteer writers and we gave many, many, writers their start in fiction and poetry publication. I enjoyed that venture. Now, aspiring writers write to me asking for advice and I’m happy to help them along the path.

The Summer Springsteen’s Songs Saved Me 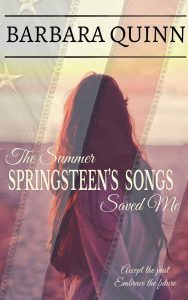 Catching her husband with his face between the long, silky legs of another woman is the last thing Sofia expects–and on today of all days.

So, after scratching an expletive into his Porsche and setting the cheating bastard’s clothes on fire, she cranks up her beloved Bruce and flees, vowing never to look back.

Seeking solace in the peaceful beachside town of Bradley Beach, NJ, Sof is determined to divorce and start over. And, with the help of best friends, new acquaintances, a sexy neighbor, and the powerful songs of Springsteen, this may be the place where her wounds can heal. But, as if she hasn’t faced her share of life’s challenges, a final flurry of obstacles awaits.

In order to head courageously toward the future, Sofia must first let go of her past, find freedom, and mend her broken soul. 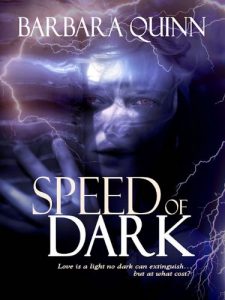 There are some people you never forget. In the summer of 1964, Luke D’Angelo falls for one of them–a mysterious girl named Celeste. Like Luke, Celeste is an outsider struggling to find her identity, but unlike Luke, Celeste has special powers that have the potential to destroy everything Luke and his friends believe in.

Luke and his mentally challenged sister become fast friends with this curious girl. Set in upstate New York, in a town that is home to a shrimp cocktail plant that belches a foul-smelling tomato and fish fog, this coming of age tale about a girl with a dream and the teens who want to help her fulfill it, is a balance between the comic and the profound. The story resonates with the message that inside each of us is a light that burns so bright no dark can extinguish it. But at what cost?

Get Speed of Dark on Amazon or from Barnes & Noble 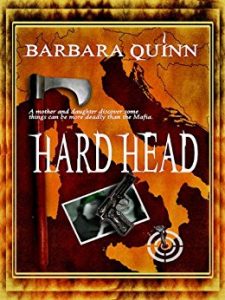 Rosanna Sweeney defies her father’s deathbed order that she never go to Italy. She and her teenage daughter journey across Italy to the Calabrian town of her father’s birth. In their quest, they find romance, learn about one another, and uncover a past that links them to secret societies far worse than the Mafia. Can they survive their dark legacy?

Get Hard Head on Amazon or from Barnes and Noble 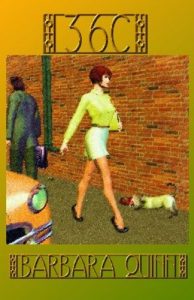 Tressa Connell dreams of finding the right fellow, of putting her graphics art degree to work, and of traveling to Venice. The reality is that she’s stuck in a dead-end job selling lingerie to rail-thin women who prowl the high-end Manhattan boutique where she works. Hounded by a helmet-haired boss, befriended by a troubled Latina makeup artist, and wooed by a Jewish cop, Tressa also has a giant grandfather clock strapped to her back, a bushel of eggs in her arms, and her mother cracking a Pampers whip over her head.

Get 36C from Amazon 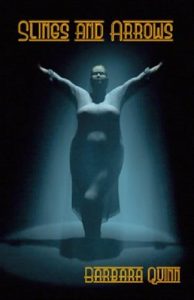 When massage therapist Ellen D’Este separates from her husband her life begins to unravel. In an attempt to reinvent herself, she encounters a female spiritualist and a handsome stranger who turn her world upside down. Can she find love, faith and meaning in life or will she be the unwitting pawn of a charlatan?

Get Slings and Arrows from Amazon