Learning experiences come at every age. As a parent, I try to spare my kids the pain and embarrassment of having to learn some of the lessons I did. There are experiences that they’ve had before I could prepare them (i.e.-it may seem funny to laugh milk from your nose, but it doesn’t feel very good when it actually comes out) and lessons that they are still too young for (i.e.-don’t eat rice before going on a whiskey drinking binge, the rice hurts when you throw it up through your nose!). There are lessons that I wish I didn’t have to tell them (i.e.- don’t put your tongue on metal during the winter. Oh, yeah, I saw the movie. And, I tried it! It’s true) and things I never dreamed I had to tell them (i.e.- you’re not allowed to pee on your brothers). It’s exhausting to try and impart on my children all of the sage advise I’ve accumulated in my lifetime. Sometimes, I fear, important things sneak by. And then, I’m reminded…

Now, speaking of lessons–and noses– The Baby learned a very valuable lesson about his recently. That lesson is: Whatever you put into it, your going to have to get out!

Here’s how that went down:

“I can’t get the ball out.” (pointing to his nose)

“Did you put something up your nose?”

“Shit. Shit. Damn.” I didn’t have high hopes for my retrieval method but I grabbed a tissue and had him blow. Several times. That kid huffed, and he puffed and he blew out a … 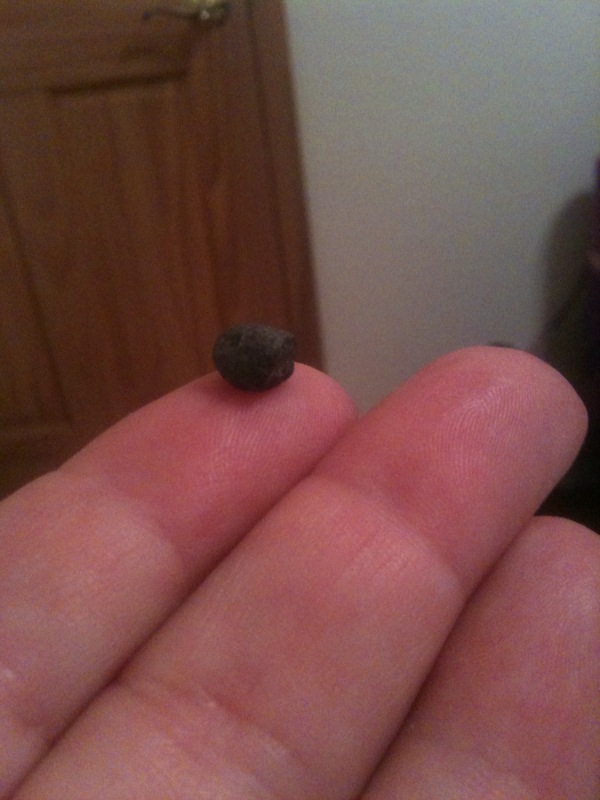 Oh yeah, that’s right, my friends. That is a damn rock!

Now, just to give you an idea of the scale of the rock in comparison to the hole it both went into and then came out of…. 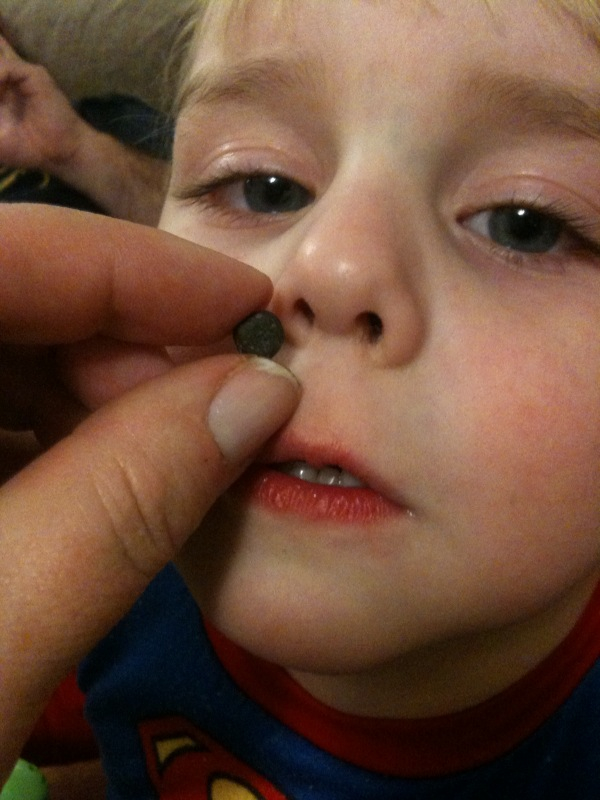 It makes me shiver to imagine that thing up my nose, and I have twice the clearance!

The good news is, he has learned a very valuable lesson, and I don’t have to tell his brothers not to put things in their noses.