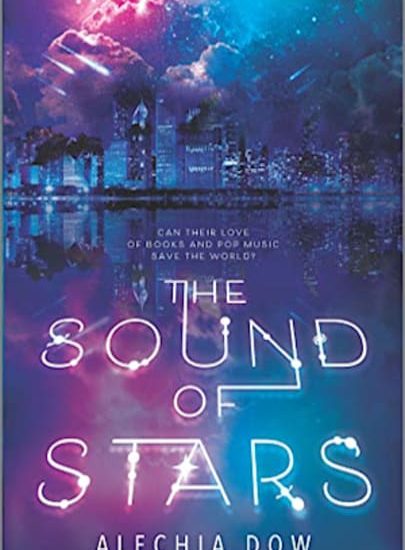 Imagine a world in which artistic expression and appreciation is banned. In The Sound of Stars, just such a world exists. Two years after a third of the earth’s population was wiped out because of a misunderstanding between representatives of the earth and the invading Ilori, things that trigger human emotion (music, books, and art) are now illegal.

Ellie lives in New York City, one of the areas controlled by the Ilori. Deep in her family’s storage unit, Ellie maintains a secret—and illegal—library. But one day, she finds one of the books missing. If the Ilori’s have found her library, she’s at risk of being executed. She soon finds however, that the book was found by M0Rr1S (“Morris”), a manufactured alien, who, though created to be emotionless, was raised by a mother who encouraged him to embrace his feelings. M0Rr1S, who has already discovered a love of music, is enthralled by Ellie’s library. Ellie and M0Rr1S are drawn together by their love of books, music, and soon find themselves racing against time in an effort to save humanity.

The Sound of Stars drew me in pretty quickly with the prologue, but I found it a bit confusing when the interview sections were mixed in. Ultimately, it all came together, and is a solid and engaging story about love, rebellion and aliens as well as an insightful commentary on overcoming preconceived ideas about others and appreciating our differences.