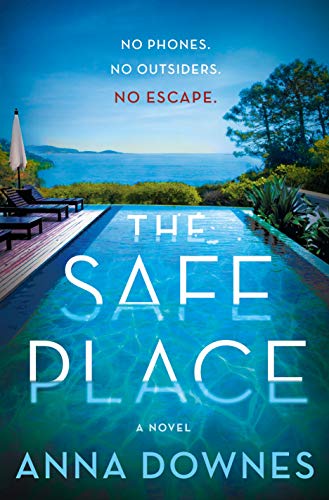 Emily could use a knight in shining armor…a fairy godmother…just a lucky break! She’s lost her job, her agent, her apartment, and she’s not in the best place with her family. But just as everything seems to be falling apart, her former boss offers her an opportunity to spend the summer working for his family at their French manor.

The amazingly eerie manor at the French coast houses Scott, his wife Nina and daughter Aurelia. While Emily assumed she was hired as a housekeeper, she soon finds that she spends her days predominantly lounging poolside with Nina and playing with Aurelia. But things are strange with Scott’s wife and daughter, and Emily may have been less a victim of circumstance than she originally thought.

The Safe Place is an engaging thriller even if the storyline becomes a bit predictable around midpoint. I was hoping for a more stunning end, but overall it was an entertaining read and a great escape.

No comments yet
Book review The Safe Place by Anna Downes