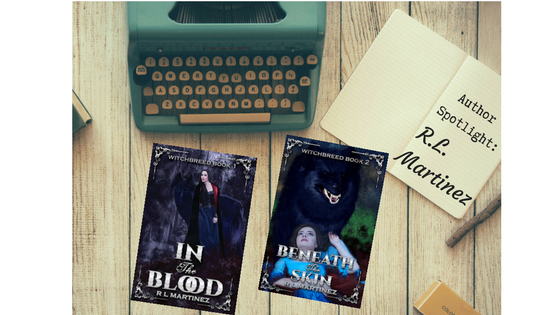 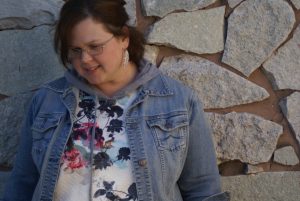 Author of: In the Blood; Beneath the Skin (Lakewater Press)

Can you tell me about the first piece you remember writing? Yes, it was a story about a black horse that I also illustrated in this little white blank book my teacher gave me. I think I, or my mother, still have it around somewhere

When did you first realize you wanted to pursue professional writing? Umm.. not till pretty late. I never grew up wanting to be a writer. I guess around 2007 was when I really started to consider the possibility of selling my writing.

Do you exclusively write fantasy or have you written in other genres? I mainly write SFF, but I have also written literary fiction, contemporary romance, and poetry. I’ve also tried my hand at horror, but I’m not so adept at that.

What is your schedule like when you’re writing a book? Is it difficult to achieve a work, life, write balance? It certainly is for me! I envy those people who have and maintain really strict writing schedules. I’m kind of all over the place, stealing bits of time here and there. If I’m really into a project, though, I will write an average of 2,000 to 2,500 words a day. It usually has to be done at night after my kids go to sleep or at work between massage clients.

How long does it generally take you to write a first draft? How long do you spend on revisions? I like to get my very first draft of a book done in a month. Revisions are a much longer process. After writing the first draft, I usually put the book away from 1-6 months (sometimes longer). I drag it out, read through it, and do a near-total rewrite. Then I print the book, do a line edit. After that is all entered in there, I do another revision before sending it to my beta readers (one of whom totally tears it to pieces). I get those suggestions back, enter them in then send it on to my editor.

Can you describe the preparation/research—if any—you do for each book? I’m one of those people who simply cannot do a ton of prep work for a novel. If I do (because I actually really like to do that) I get so wrapped up in the planning phase that I kill any enthusiasm for actually writing the book. I do research as I’m writing (which people say you shouldn’t do), because that keeps me from getting too bogged down in thinking about details.

Do you have any quirky writing habits (the things you’d never want anyone to know)? Hmmm… no, I don’t think so. I’m pretty boring ?

Have you ever done a pilgrimage—or any interesting research—for your novels? Or do you have a research destination bucket list? I haven’t, but my ultimate bucket-list destination, for a number of reasons, is the England/Ireland/Scotland/Wales.

Inspiration comes in many forms. Can you recall the exact moment of inspiration for each of your projects? I can actually. It usually starts with a rather off-the-wall idea that morphs into a totally different product when all is said and done. For instance, In the Blood started as a retelling of the fairytale “The Twelve Huntsmen”

Do you have a specific genre you prefer to read? What are your favorites? Well, I used to be much more into SFF but I find, the more I write it, the less I want to read it (shrugs). I’ve gotten more into nonfiction in recent years including memoirs. I also like historical and contemporary romance and steampunk.

Do you hide any secrets in your books that only a few people will find? I honestly don’t think I’m subtle or smart enough to do this well or consistently. But I think I tend to weave themes in there (like certain colors). I do it somewhat unconsciously. But I’ve never really had anyone mention it to me or in a review, so maybe it’s all in my own head ;P

Are your characters inspired—in part or whole—by people in your real life? In a way. I think I write parts of myself that are hidden or dormant. Or, I write characters I WISH I was like.

Name one book you think is entirely underappreciated. The Forest of App by Gloria Rand Dank. Such a good book! Last I checked, though, it was out of print and not many people even know about it anymore. Which is really sad.

Name one book that was a guilty pleasure. The Master by Kresley Cole. So hot! I’ve got a bit of a naughty girl in me ?

Be honest: Do you Google yourself?: Maybe once a year or so. I’m rather uninterested in finding out about myself like that. And I mainly go on Goodreads/Amazon to check my reviews because I feel like I SHOULD be interested in that.

A unicorn or horse.

Is there one thing you think you, as a writer, should be better at, but secretly struggle with? Worldbuilding, for sure. I feel like I’m terrible at it. I get so wrapped up in creating my characters that physical settings and social structures often suffer.

What is one word of advice you’d give to an aspiring writer? Stay humble and hopeful. There is ALWAYS someone out there who is more talented than you and someone who is less talented.

What is one word of advice you’d give to a newly published author? Don’t expect to find happiness in publication. Publication is a fickle mistress and today’s triumph and joy grows cold in the wake of future rejections or poor sales. Keep grounded in real life things and people. Find happiness in the craft itself, not the glory that can (possibly) come from it.

In the Blood (Witchbreed Book 1) 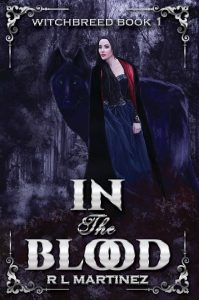 In a time when magic is feared, Lady Oriabel Dominax has no choice but to conceal her healing powers while she cares for her father’s struggling estate. One

touch of the Witch’s Tree shows her visions of witches hung and burned at the very hands of the people for whom she cares, the people who love her. But with the arrival of a new lord, a man hiding secrets of his own, falling in love might be one wrong move too many.

Incarcerated for an unspeakable crime, fearless warrior Lady Ottilde Dominax is plagued by mysterious dreams of her sister’s death. When a hooded figure offers her the chance of escape, although untrusting, she does not hesitate. Racing across nations to reach Oriabel, her journey is cut short by an encounter with a wedowyn, a formidable beast which she has no chance to overpower alone. Though it is not death that greets her, but something far worse.

Blackmail, betrayal, and murder are only the beginning as a darker magic is awakened. And someone has plans for the Dominax twins, plans more terrifying than anything they could ever imagine.

For fans of THE THRONE OF GLASS and QUEEN OF TEARLING, the WITCHBREED SERIES is an upmarket saga that is “creative and imaginative beyond belief” and has “everything a fantasy lover craves.” Not to be missed.

Beneath the Skin (Witchbreed Book 2)

Abandoned, betrayed, and wanted for murder. 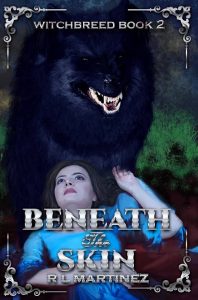 Lady Oriabel Dominax is a witch on the run. The deadly magic now awakened inside her is hungry, and it is all Oriabel can do to control it. With no choice but

to trust strangers as her guardians, she quickly discovers not everyone is who they say they are and the very magic she fears might be her only weapon to protect those she loves.

Since rescuing her sister from certain death, Lady Ottilde Dominax’s only goal is to keep Oriabel safe and alive. Not an easy task when both the enemy and their so-called allies are hunting them. Placing all her trust in the very man who held her prisoner, Ottilde must open her heart and mind to a future she could never have predicted, a future guided only by love and survival.

Life, death, and tragedy lie ahead as the Dominax twins set out on a perilous journey to safety. But knowing they are mere pawns in someone else’s game means fighting for family is all they have left.

For fans of Sarah J. Maas and Juliet Marillier, The WITCHBREED series is a “magical and spellbinding” epic tale of witches, warriors, and “a sisterly bond like none other.”